JONESBORO – Opera Theatre at Arkansas State University is preparing for two performances at 7:30 p.m. Tuesday and Friday, March 8 and 11, in Riceland Hall of Fowler Center.

The March 8 performance will be a preview for the entire one-act opera, “Der Schauspieldirektor (The Impresario),” written by Wolfgang Amadeus Mozart. This session caters to students, giving them the opportunity to perform part of the singspiel, a comic opera with spoken dialogue, with orchestra, along with a few extraneous Mozart operatic hits.

The music will be sung in German with English surtitles, and the script will be in English with the appropriate accents.

On March 11, the musicians will perform “The Impresario” in its entirety. The opera describes the experiences of Herr Frank, a theatre manager, who is trying to assemble a company. He interviews a series of actors and singers with the help of Buff, samples their talents and discusses their fees which give the opportunity for much expected haggling.

The rival sopranos will be played by Holly Henson of Paragould (Greene County Tech), and Ally Summers of Jonesboro (JHS) during the Tuesday performance. Crystal Kachevas, adjunct instructor in voice, and Marika Kyriakos, professor of voice and interim chair, Department of Theatre, will perform those roles Friday.

The role of Buff will be played by Ian Thomas of Conway on Tuesday, and Taylor Watkins of Jonesboro (Brookland) on Friday. The remaining cast will have repeat performances. Other cast members include Allison Jones of Jonesboro (Westside), Madison Wilson of Paragould (Greene County Tech), and Genghong Cai of China.

General admission is $5, and is free to A-State students and faculty showing an ID. 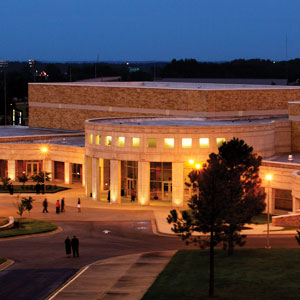