JONESBORO – Nine regional acts will take the stage Thursday and Friday, Oct. 19 and 20 during KASU Music Nights at the Johnny Cash Heritage Festival in Dyess.  The performances are all free and will be held at the Dyess Colony Circle.

Rockin’ Luke Stroud will begin the two-evening KASU Music Nights run with a 5 p.m., Thursday performance.  A crowd-pleaser throughout Northeast Arkansas since he was nine years old, Stroud is a Million Dollar Quartet enthusiast and disciple who will bring the sounds of rockabilly’s golden era to the festival.

The Vikki McGee Three will follow with a 6 p.m. performance.  McGee, a Louisiana native and descendent of a legendary Cajun musical family, leads a talented trio featuring acousitic guitar, electric bass and drums.  The diversified set will include pop, rock and country hits along with original music.

Apple, Setser & Rounds with Tim Crouch and Irl Hees will continue the entertainment at 7 p.m.  Country, folk and Americana favorites in three-part harmony with great acoustical instrumental backing, blended with the fiddling of Crouch and the bass of Hees promises fantastic sounds from the Ozark Hills.

Drive South will round out the first night’s entertainment with an 8 p.m. performance.  A high-energy, multi-faceted group of musicians with deep musical roots in various genres will find common ground with a Rockabilly sound that will honor Johnny Cash’s Sun Records musical heritage.

Wil Maring and Robert Bowlin will open Friday’s show with a 5 p.m. performance that touches on jazz, country, bluegrass and western – all performed with distinctive arrangements by the creative couple.

At 6 p.m., The Creek Rocks will continue the entertainment, featuring songs from their debut album, Wolf Hunter.  Like Johnny Cash, who recorded volumes of folk material, The Creek Rocks is dedicated to preserving and passing on the area’s musical heritage with their talent, humor and ability to engage the audience.

The Zyndall Wayne Raney Band will follow at 7 p.m. Raney is a veteran keyboard player and vocalist who inherited his father Wayne Raney’s talent and 1950s-era recording studio.  Joined by performers with decades of experience in the nightclubs of Arkansas’ Rock and Roll Highway, the Zyndall Wayne Raney band will entertain with the sounds of Rockabilly, rhythm and soul, blues and country.

Sonny Burgess and the Legendary Pacers will take the stage at 8 p.m. with their sound that helped invent American rock and roll music.  Openers for Elvis in clubs up and down the Rock and Roll Highway, Sonny and the Pacers were persuaded by Presley to seek a recording contract with Sam Phillips at the legendary Sun Studios in Memphis.  Sonny and the Pacers opened for Johnny Cash and served as the backing band on early Roy Orbison tours.  Burgess is a member of the Rockabilly Hall of Fame, the Rock and Roll Hall of Fame in Europe, and holds an honorary doctorate in music from Arkansas State University.

Queen Ann Hines with the Memphis Blues Masters will close the Friday night performance, bringing blues and soul to the stage at 9 p.m.  Hines has shared the stage with performers such as B.B. King, Bobby Blue Bland, Maynard Ferguson, The Bar-Kays and performed for the Pope with Dionne Warwick in Vatican City.  Hines was given the endearing title of Queen after impressing the Italian public for over a decade with her performances at the Poretta Soul Festival.

In addition to the KASU Music Nights concerts, the festival will also include a symposium from Thursday afternoon through Saturday morning in the Dyess Colony Circle, a “Memories of a Lifetime” oral history project, and food vendors, arts and crafts booths, and demonstrations throughout the three days.  The festival will wrap up Saturday with a paid concert in the former cotton field adjacent to the Johnny Cash Boyhood Home. 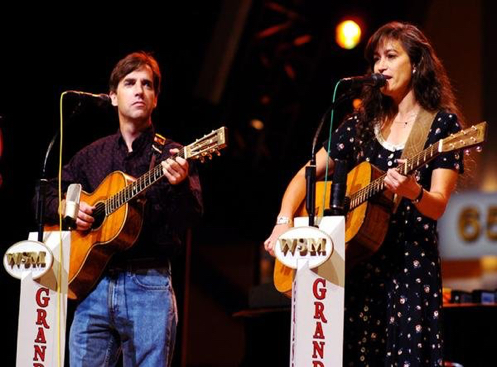