DYESS — Celebrating the 50th anniversary of a landmark event, a personal photography exhibition called “1968: A Folsom Redemption” will open Thursday, Jan. 28, at the Historic Dyess Colony: Johnny Cash Boyhood Home. The exhibit is a collection of photographs and memories of two journalists lucky enough to be among a handful of eyewitnesses to the historic Johnny Cash concerts at Folsom Prison. This candid and personal photography exhibition covers a critical juncture in the career of Cash, one of the 20th century’s most beloved performers.

The exhibit will run through Tuesday, June 1, at the Cash Boyhood Home, 110 Center Drive, Dyess. Admittance to the exhibit is included with the general admission price of $10.

In January 1968, Cash was at a crossroads. His music career, in a slow decline for several years, needed a smash hit. He had recently straightened out his personal life, and leadership changes at his record label meant he was able to finally convince them of the merits of a live recording in a prison setting. Cash had been performing for inmates as far back as 1957, when he received a stream of requests from prisoners who identified with the man who sang “Folsom Prison Blues.” This connection developed with prisoners during these concerts had made him increasingly sympathetic to those he would later call “the downtrodden.”

Working as freelance journalists, photographer Dan Poush and writer Gene Beley met with Cash and his family the day before the concerts began, at the invitation of Reverend Floyd Gressett, a friend of Cash’s who ministered to inmates and helped set up the show at Folsom State Prison with recreation director Lloyd Kelley.

After practicing the set with the Tennessee Three at Hotel El Rancho the night before, on Jan. 13, 1968, Cash, along with opening acts Carl Perkins and the Statler Brothers, performed two separate shows in the dining hall at Folsom. Notable for capturing Cash’s ability to connect with his audience, the recordings crackled with the excitement of an adoring crowd. The resulting album, At Folsom Prison, was released four months later to critical and popular acclaim.

Beley’s first-person account of those days, and his knowledge of the storylines at work behind the scenes, make this a fascinating exploration of the little-known aspects of a well-known event in popular culture. “1968: A Folsom Redemption” takes the viewer right into the heart of this pivotal moment in the life and career of one of the 20th century’s most important and cherished musical personalities.

For the first time ever, this travelling road show collection of 31 photos features a wide range of intimate photos with friends and family to a backstage meeting between country music legend Merle Haggard and the Man in Black. This exhibition highlights Cash’s golden era from the January 1968 Folsom prison album recording to a March 1, 1969, concert in Anaheim, Calif., when he was getting ready to launch his network television show. “1968: A Folsom Redemption” is organized by ExhibitsUSA, a program of Mid-America Arts Alliance.

About ExhibitsUSA
This exhibition is toured by ExhibitsUSA, a national program of Mid-America Arts Alliance. ExhibitsUSA sends more than 25 exhibitions on tour to over 100 small- and mid-sized communities every year. These exhibitions create access to an array of arts and humanities experiences, nurture the understanding of diverse cultures and art forms, and encourage the expanding depth and breadth of cultural life in local communities. For more about ExhibitsUSA, email MoreArt@maaa.org or visit www.eusa.org.

About Mid-America Arts Alliance
Mid-America Arts Alliance (M-AAA) strengthens and supports artists, cultural organizations, and communities throughout the region and beyond. This is achieved primarily through national traveling exhibition programs, innovative leadership development, and strategic grant making. M-AAA is especially committed to enriching the cultural life of historically underserved communities by providing high quality, meaningful, and accessible arts and culture programs and services. We believe in more art for more people. Additional information about M-AAA is available at www.maaa.org.

About Dyess Colony: Johnny Cash Boyhood Home
The Dyess Colony was created in 1934 as part of President Franklin D. Roosevelt’s New Deal to aid in the nation’s economic recovery from the Great Depression. As a federal agricultural resettlement community, it provided a fresh start for nearly 500 impoverished Arkansas farm families, including the family of music legend Johnny Cash. The colony has been resurrected through the restoration of several historic buildings open to visitors. The Dyess Colony Visitors Center, located in the Colony Circle at the former site of the theatre and pop shop, is the first stop.  The Dyess Colony Administration Building next door houses exhibits related to the establishment of the colony, lifestyles of typical colonists, and the impact that growing up in Dyess had on Johnny Cash and his music. From the Colony Circle, visitors are shuttled to the Johnny Cash Boyhood Home, less than two miles from the Colony Center.  It is furnished as it appeared when the Cash family lived there, based on family memories. 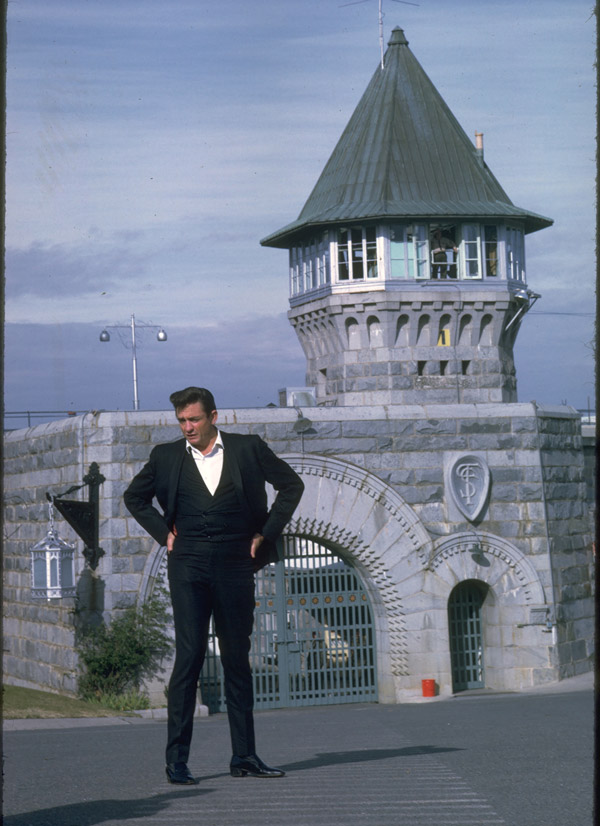