Four Freshmen to Perform in Riceland Series at Fowler Center

JONESBORO – Arkansas State University’s Fowler Center, 201 Olympic Drive, will present The Four Freshmen as the next performance in the 2016-17 Riceland Distinguished Performance Series.

"Get into the spirit with your favorite holiday music from The Four Freshmen," says Don Bowyer, Fowler Center director. Singing with a harmony uniquely their own, The Four Freshmen have enamored listeners world-wide for 65 years, while gaining recognition as one of the most influential vocal groups of all time. Their tight-knit sound inspired The Beach Boys’ Brian Wilson, The Mamas & The Papas, Frankie Valli and the Manhattan Transfer.

It all started in 1948, when four college freshmen crafted a style of vocal harmony that soon caught the ear of the great bandleader Stan Kenton. Kenton was responsible for bringing The Four Freshmen to Capitol Records, where they would eventually record 23 albums, thrusting them into the national spotlight.

As the faces changed through the years, the integrity of the sound created by the original guys has been meticulously maintained. Die-hard fans and former members alike have agreed that the current lineup -- Bob Ferreira, Tommy Boynton, Stein Malvey and Curtis Calderon -- are second to none. While paying tribute to such classic Freshmen favorites as “Day By Day” and “Blue World,” the current group also continues to bring new arrangements to their live shows and recordings. 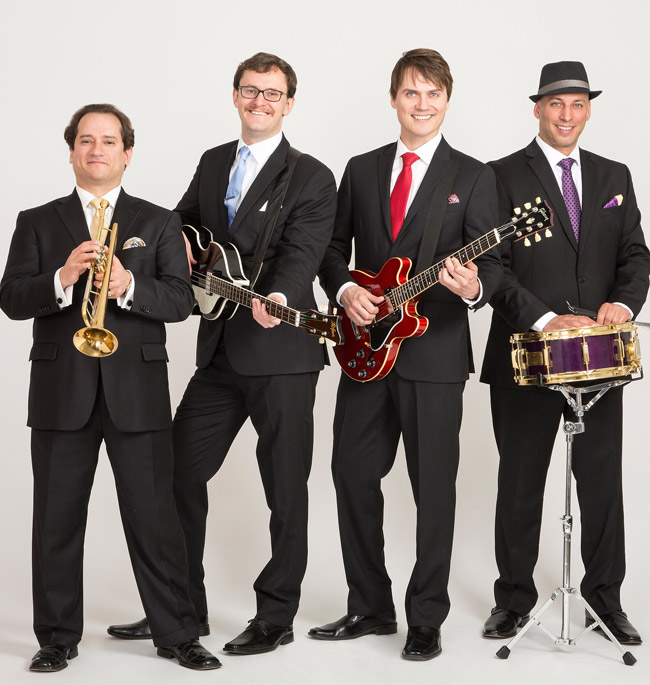