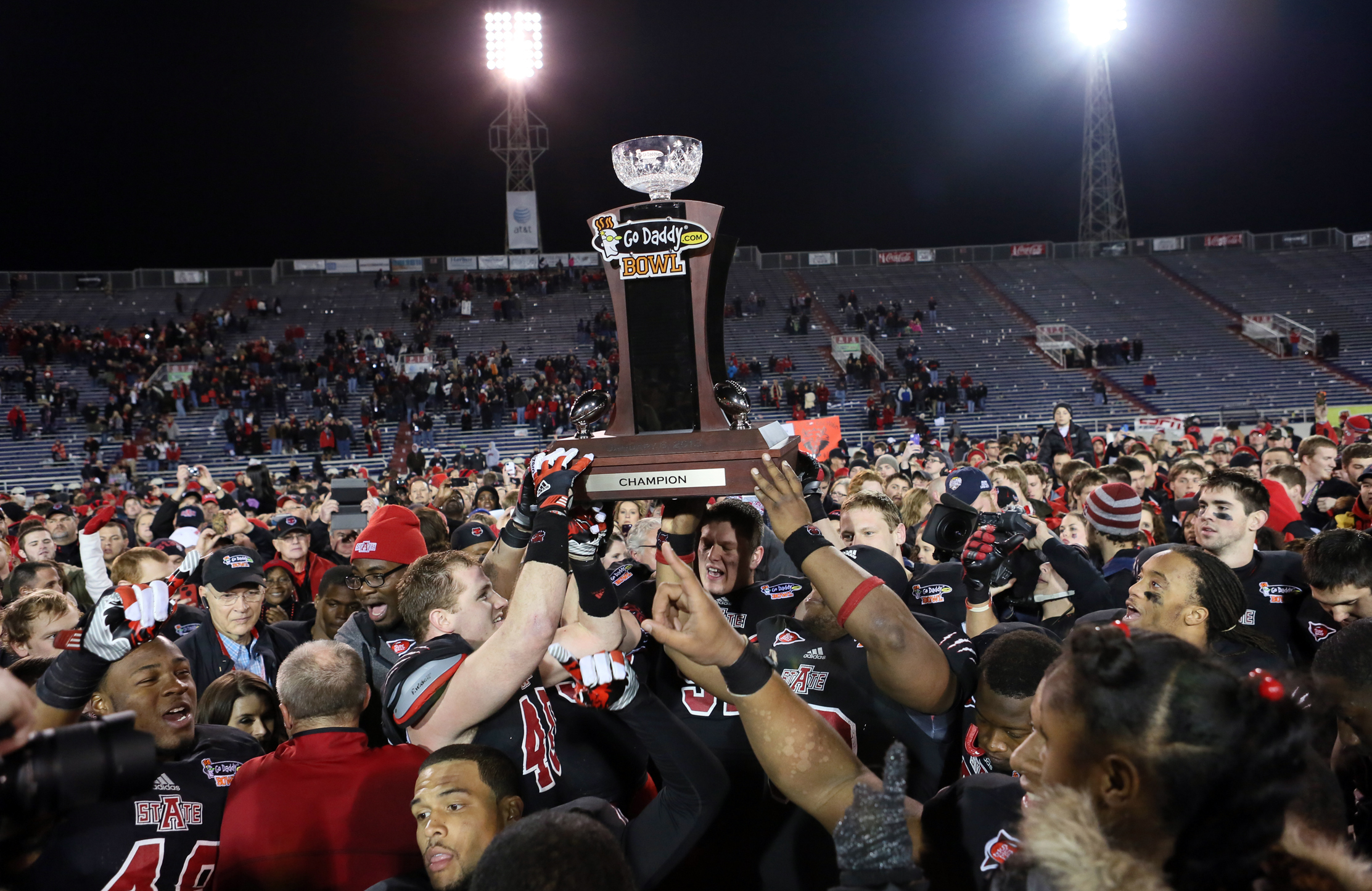 The Red Wolves will begin the defense of their back-to-back Sun Belt Conference championships when they host Troy on Thursday, Sept. 12, in their third game of the season.  Their game against the Trojans will be televised on ESPNU and is also one of their two midweek games slated for 2013.

New head coach Bryan Harsin will make his A-State debut against UAPB in the Red Wolves’ season opener at Liberty Bank Stadium in Jonesboro on Aug. 31.  ASU will carry an eight-game winning streak, tied for the second longest in the nation, into the season. Its game against the Lions will mark the second time over the last three seasons it has played an in-state opponent after also catching UCA at home in 2011.

ASU will play Auburn, one of two SEC programs on its schedule, a week later on Sept. 7 before catching the Trojans at home.  A-State will then play three consecutive non-conference games followed by six straight league games to close out the regular season.  The Red Wolves will play road games at long-time rival Memphis on Sept. 21 and Missouri on Sept. 28, but then have an open week before wrapping up their non-conference schedule with their Homecoming game against Idaho on Oct. 12.

ASU’s game against Memphis will wrap up a two-game home-and-home series, while Missouri is currently set to play in Jonesboro in 2015 as part of a home-and-home deal signed this year between the two schools.  Arkansas State has played Memphis more than any other opponent in school history, and this year’s game will mark the 58th meeting.  Along with Ole Miss in 2001, Missouri will become just the second SEC opponent to ever play in Jonesboro.

Another open week for the Red Wolves follows their game against Idaho, and then they host Louisiana-Lafayette on either Oct. 22 or 23 in a game that will be televised by either ESPN or ESPN2.  A-State, which has played a school-record 10 televised games each of the last three seasons, will have additional television opportunities that will be announced as they are finalized.

ASU will begin the month of November with back-to-back road games at South Alabama and Louisiana-Monroe on the 2nd and 9th, respectively.  However, the Red Wolves will close out the month with two of three games at Liberty Bank Stadium against Sun Belt newcomers Texas State and Georgia State.  ASU will host the Bobcats on Nov. 16 and the Panthers on Nov. 23. before wrapping up its regular season at Western Kentucky on Nov. 30.

The ASU Athletics Department will announce a number of special promotions and exciting new seating options for 2013 season tickets when they go on sale early next week.