Dr. Anderson joined the Department of Communication at Arkansas State University as an assistant professor in 2017. Anderson is a rhetorical scholar at the intersection of politics and race. He specializes in rhetorical criticism of presidential public address and examines how presidents have talked about race and religion. He earned his doctorate at the University of Memphis in 2016 and his MA in Interdisciplinary Studies at Oregon State University in 2012. Dr. Anderson’s teaching interests include communication criticism, communication theory, persuasion, rhetoric of popular culture, and oral communication. When he is not teaching and researching, he enjoys spending time with his wife and daughter, and their family’s two Boston Terriers. 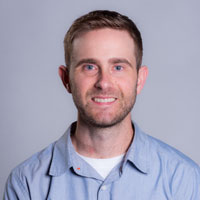