JONESBORO – Antigoni Goni, classical guitarist and professor of guitar at the Royal Conservatory in Brussels, will present the next performance in the Lecture-Concert Series at Arkansas State University, Sunday, Feb. 19.

The Lecture-Concert Series presentation has additional support from the College of Liberal Arts and Communication, The Department of Music, the Diversity Program, and the A-State Guitar Guild.

Universally praised for her profound artistic sensitivity, her exquisite sound and for her unmatched palette of colors and dynamics, the Greek guitarist is internationally acclaimed as a true ambassador of the guitar and a sought-after pedagogue.

"Antigoni is an absolute wonderful musician. And to have her visit our campus for a concert will be a uniquely memorable experience for our students and community," said Dr. Tim Crist, professor of music and chair of the Lecture-Concert Committee.  "If there is finer guitarist in the world, I do not know who that is."

Among her many accolades are best interpretation of Latin American music at the 1988 International Guitar Competition, and first prize in the 1995 Guitar Foundation of America Competition. Since the early 1990s she has made stops in Amsterdam, London, the Odeon of Herodes Atticus in Acropolis, St. Petersburg, the Bolshoi Theater in Moscow, and the Weill Recital Hall in Carnegie Hall in New York.

For her international achievements, the Royal Academy of Music in London awarded her the honorary title of associate professor.

The Lecture-Concert Series serves Arkansas State and the surrounding communities by bringing notable guest speakers and performers of diverse backgrounds and wide appeal to the campus, according to Crist. 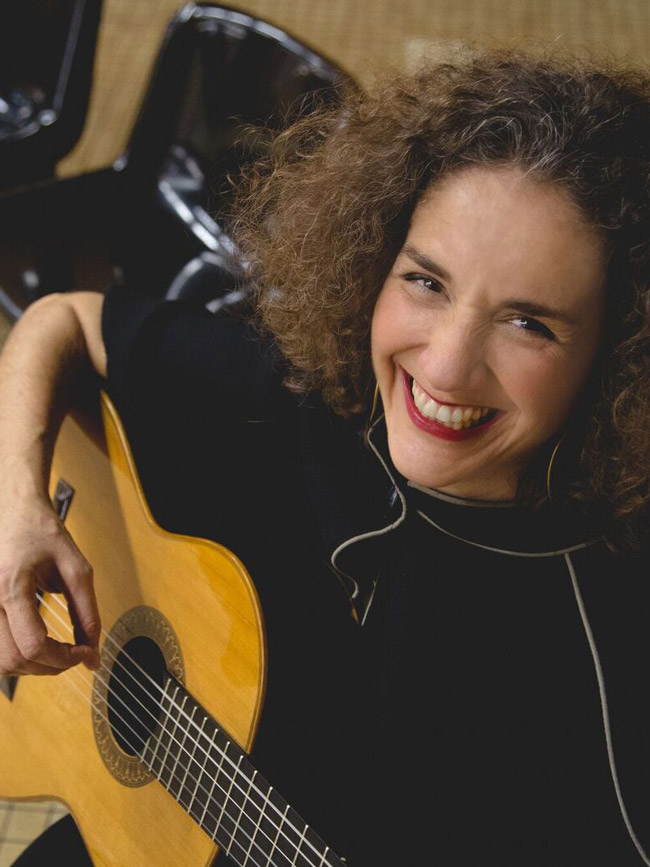