JONESBORO, Ark. — Arkansas State University’s disaster preparedness education program is taking its skills to the other side of the world. Representatives of A-State’s program are traveling to Tel Aviv, Israel. A-State will serve as a co-sponsor of the third annual International Preparedness and Response to Emergencies and Disasters (IPRED III) conference. Responders from at least 30 other countries are expected to attend and participate. The group departed Jan. 8 and the conference runs until Jan. 17. This marks the second international conference that A-State is co-sponsoring.

The Israeli Ministry of Health and the Home Front Command are hosting the event that occurs every two years. The meeting will provide an opportunity for professionals from around the world to share the latest findings and new experiences regarding health system readiness for disasters and emergencies of all types.

“Disaster preparedness leaders from around the world gather to share lessons learned, research findings and activities that span the whole of emergency preparedness: planning, mitigation, response and recovery,” explained Dr. Persell. “This conference sets the standard for how emergencies involving health care are managed around the world. During the last conference, the Haiti earthquake occurred and responders left immediately from the conference to assist that nation. Since then, countries experiencing a disaster have benefited from continual international assistance whose standards of excellence are set by this conference.”

Dr. Persell, who is attending her third IPRED conference, will present comments regarding expanding phenomenology techniques to group interviews with faith-based volunteers in a post-Katrina New Orleans; methodology for hospital preparedness gap analysis; and disaster camp—an exercise in emergency preparedness for seventh and eighth graders.

In all, A-State attendees will make eight presentations, including three on disaster camp incorporating coping skills and decontamination; iPad technology in disaster education; an organizational structure for Red Cross response, and educator training for school violence.

Taking into consideration the current and future potential hazards, the next conference will dedicate special attention to preparedness for cyber terrorism. The conference will include workshops, presentations, round-table discussions and hands-on experiences based on advanced training tools. Internationally renowned keynote speakers will address the main plenary presentations.

The speakers include Yuval Diskin, the past head of the Israel Security Agency; Dr. Daniel Gerstein, the deputy under secretary for Science and Technology in the Department of Homeland Security in the United States and an adjunct professor at American University in Washington, D.C. at the School of International Service; Christopher J. Kramer, of the decision and information sciences at Argonne National Laboratory and adjunct instructor for the Federal Emergency Management Agency (FEMA); and Dr. Albert D.M.E. Osterhaus, professor of virology and head of the department of virology at Erasmus MC Rotterdam.

One of the highlights of the conference will be a regional comprehensive MEGA-Mass Casualty drill that will be conducted in Tel Aviv. The drill will include hospitals, primary care organizations, emergency medical services, public health district office, and interface agencies. The conference participants are invited to participate in the exercise (as observers, evaluators or as "mock casualties") in order to get a first-hand impression.

The Regional Center for Disaster Preparedness Education at Arkansas State was created in 2005 in response to an unmet need for disaster education within the health professions. 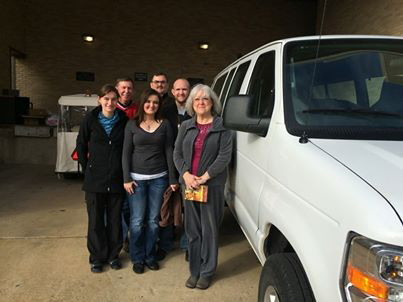